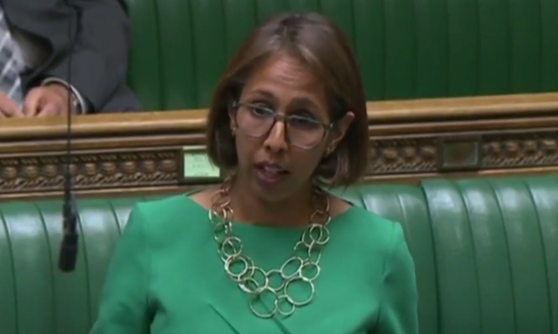 On 8 June, Munira again raised the issue of Teddington Police Station in Parliament, when she intervened in a debate on the Levelling Up and Regeneration Bill.

Specifically, Munira secured agreement from Michael Gove, the Secretary of State for Levelling Up, Housing and Communities, that the Bill should include a provision that public sector owned assets can be sold below market value for social and community benefit.

Munira has been campaigning for a new home for Teddington’s Park Road Surgery, as well as affordable housing for local key workers and young people who have been priced out of the housing market in our area. The Mayor of London has repeatedly maintained that the site must be sold for maximum financial value. Yet, Ministers have confirmed in Parliament that there is nothing in law or guidance that includes a specific requirement for the Mayor’s Office for Policing and Crime (MOPAC) to dispose of land at market value.

In this week’s debate, Michael Gove said that Munira’s proposal “makes sense” and that she is “absolutely right”. This is the second time Gove has waded in on the Teddington Police Station issue. Following this week’s debate, Munira wrote to Gove to progress their discussion and her proposed amendment to the Bill.

You can watch the video here and below, and read more about Munira’s Teddington Police Station campaign here.