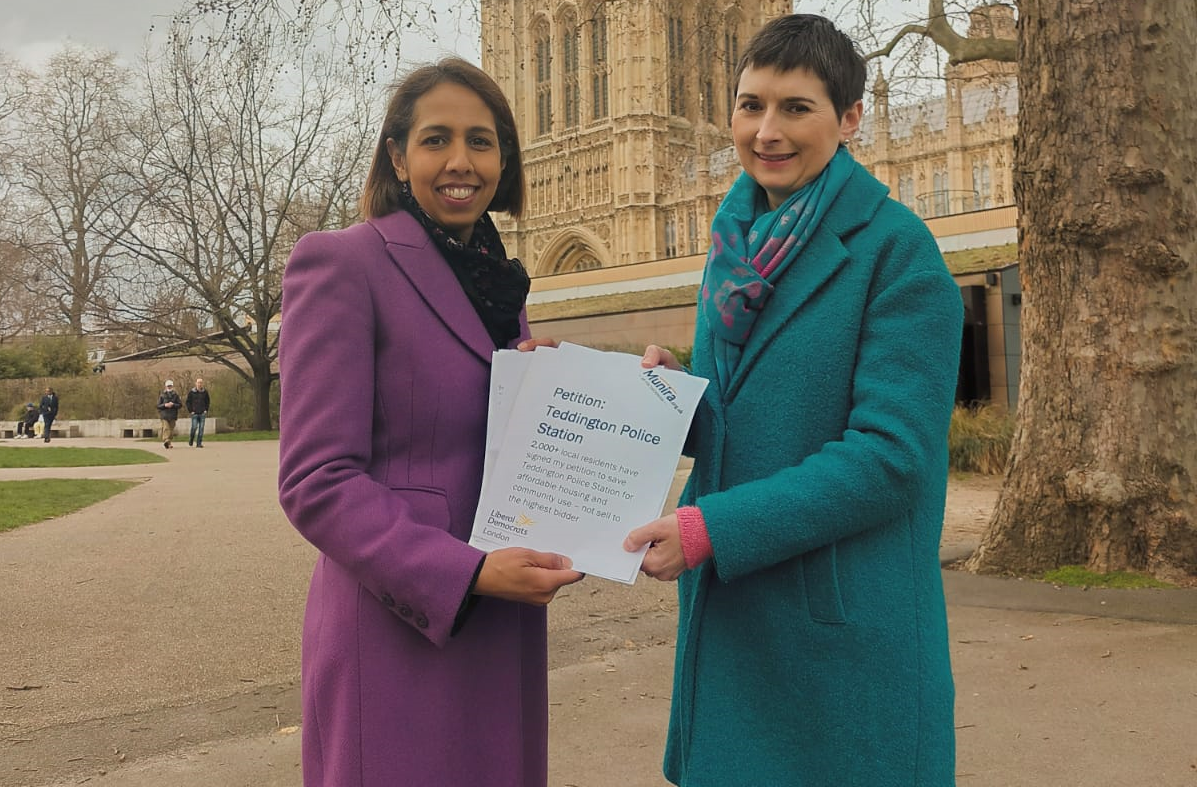 In Parliament this week, Munira called on Michael Gove to put pressure on the Mayor to consider a local bid which would see the disused Teddington Police Station put to use as a GP surgery and for affordable housing. Gove promised that ministers would work with Munira to reach a “fair and equitable solution” for the site.

Commenting, Munira said, “I was beyond dismayed to hear that the Mayor of London, Sadiq Khan, has reportedly turned down Park Road Surgery’s bid for Teddington Police Station. However, it’s not over until it’s over – and I will keep up the pressure until we get answers.”

As the Evening Standard reported on 6 March, the Mayor’s Office for Policing and Crime (MOPAC) “is believed to be seeking to complete the sale of Teddington police station by the end of March for an estimated £6m”.

This is reportedly £2m more than Park Road Surgery’s bid. The Mayor has repeatedly maintained that the site must be sold for maximum financial value.  Yet, following the debate Munira led in Parliament on 23 February, the Minister, Neil O’Brien, told her that there is nothing in law or guidance that includes a specific requirement for MOPAC to dispose of land at market value.

Munira raised this again in Parliament this week, when she asked Michael Gove, the Secretary of State for Levelling Up, Housing and Communities, if he would join her in calling on the Mayor to reconsider this decision, as Teddington residents are demanding. You can watch her question to Gove here:

“I will keep fighting for Teddington Police Station to be re-purposed as a new home for the surgery and affordable housing for residents – both of which are so desperately needed,” Munira said.

Here’s a recap of the actions Munira has been taking: