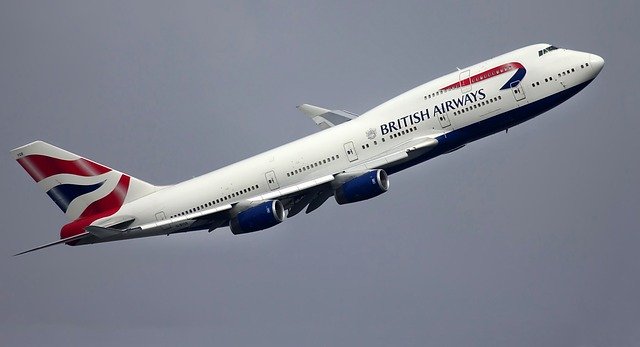 On behalf of her constituents, Munira has written to the Prime Minister, urging him to take action against British Airways’ (BA) unfair plans to restructure its workforce.

This follows BA’s recent announcement to make 12,556 of its employees redundant. It also plans to ‘fire and re-hire’ the remainder of its 42,000 UK workforce on vastly reduced pay, terms and conditions.

This is despite BA using the government’s furlough scheme and government backed loans to help the airline stay afloat.

There are concerns that these restructuring proposals were in reality long-held plans to bolster BA’s profits. Critics argue that the national crisis has been exploited to bring these proposals in sooner.

This has left many of Munira’s constituents deeply concerned about their financial stability and future of their jobs.

In her letter, Munira criticises BA for showing a lack of corporate responsibility towards its employees. She presses the Prime Minister to conduct a complete review of the flight slot allocation at UK airports, and in particular, those at Heathrow and the proportion allocated to BA.

You can read the full letter below:

I am writing to you regarding the recent announcement by British Airways to make its entire workforce redundant. The company is essentially dismissing 12,556 of its employees and attempting to ‘fire and re-hire’ the remainder of its 42,000 UK workforce, all on vastly reduced pay, terms and conditions. I wrote to the Transport Secretary on 5 May about this pressing matter which will leave many of my constituents without a job or with significantly reduced pay and protection, but have yet to receive a response.

The motives are clear. Some within the senior management of IAG, based in Spain, are intent on penalising British workers by bullying their own staff into accepting vastly reduced contracts and pay (up to 68% less) and conditions of employment, solely to supplement or increase future profit. What makes this particularly shocking is the blatant misuse of a national crisis as cover for what is obviously a long-held plan.

These predatory aspirations are also being funded by a cynical misuse of the government’s ‘furlough’ scheme’ which was designed to safeguard jobs, together with a misuse of government backed loans. Not only is this an unacceptable abuse of the government’s economic support package, it is a complete dereliction of corporate responsibility on the part of the company. I know from my constituents that BA and their owners, IAG, are acting at odds with both the public mood and the spirit the country has been asked to embrace. I have not had a single representation supporting BA’s action. Precisely the opposite is true.

The public does not want to see a major British company, particularly one that carries our flag, attacking their own workforce in such a way, whilst we as politicians look on. Many staff members have served the company loyally for two or three decades. They volunteered to serve on repatriation flights and flights bringing essential medical supplies to the country.

Everyone is aware that sacrifices will have to be made as a result of this crisis, but each has to be proportionate to the problem faced, and shareholders should be expected to bear the burden as much, if not more, than employees.

It is also important to note that Willie Walsh’s recent claims regarding the necessity for such drastic cuts, blaming the seriousness of BA’s supposed financial position and made in a letter to you, have been robustly refuted by those representing staff. He was heavily challenged on these claims by Conservative MP, Huw Merriman, at the Transport Select Committee.

Therefore, I would like your assurance that if the situation does not dramatically improve and if BA continues to fail the national interest, that you will look to act. Specifically, I would like you to consider a complete review of the flight ‘slot’ allocation at UK airports and, in particular, Heathrow and the proportion allocated to British Airways. This would include existing slots, and involve investment incentives and penalty clauses to ensure that all operators act in the interests of the UK as a whole.

Additionally, should BA seek a bespoke rescue package from the government, any such package must come with clear and binding conditions regarding their approach to employees and, critically, on reducing carbon emissions.

I look forward to hearing from you.