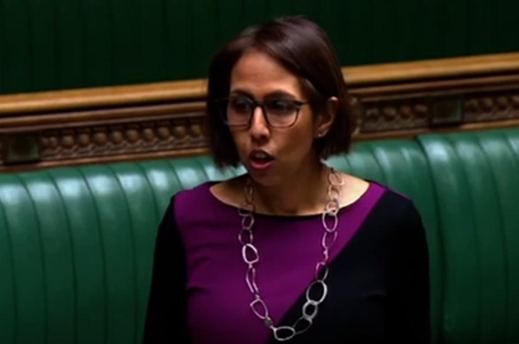 No parent should be stuck in the awful position of being unable to access mental health services for their child. On 18 March, Munira presented her Private Members’ Bill on children’s mental health.

On 18 March, Munira proposed a new law that would ensure parents can find out exactly how much is being spent on children’s mental health in their area.

Munira’s Private Members’ Bill came after figures revealed a shocking postcode lottery on children’s mental health spending, with some areas of the country spending £15.70 per child under the NHS’s Children and Adolescent Mental Health Service (CAMHS), and others spending £165.20. In South West London, which includes Munira’s Twickenham constituency, the amount spent per child is £67.30.

In Parliament, Munira challenged the Government over the huge variation, and condemned Ministers for short-changing parents trying to access mental health support for their children.

The Private Members’ Bill would have required the Government to report strict figures on waiting times for assessment, treatment and referrals, as well as a breakdown of where NHS money is being spent on children’s mental health.

Unfortunately, Conservative MPs ‘talked out’ out the Bill, meaning it can’t make any further progress.

“It’s very disappointing that the Government won’t support my bill, when parents, headteachers and students in my constituency are all telling me how desperate the situation is,” says Munira.

“Young people and their families need transparency on the state of their local mental health services, so ministers can be held to account,” added Munira. “No parent should be stuck in the awful position of being unable to access mental health services for their child, and it’s high time we give them a helping hand.”

Munira has been campaigning to improve children and young people’s mental health services since her election in 2019. Some of the specific actions Munira is calling for include:

Some of the specific actions Munira is calling for at a national level to address these gaps include: