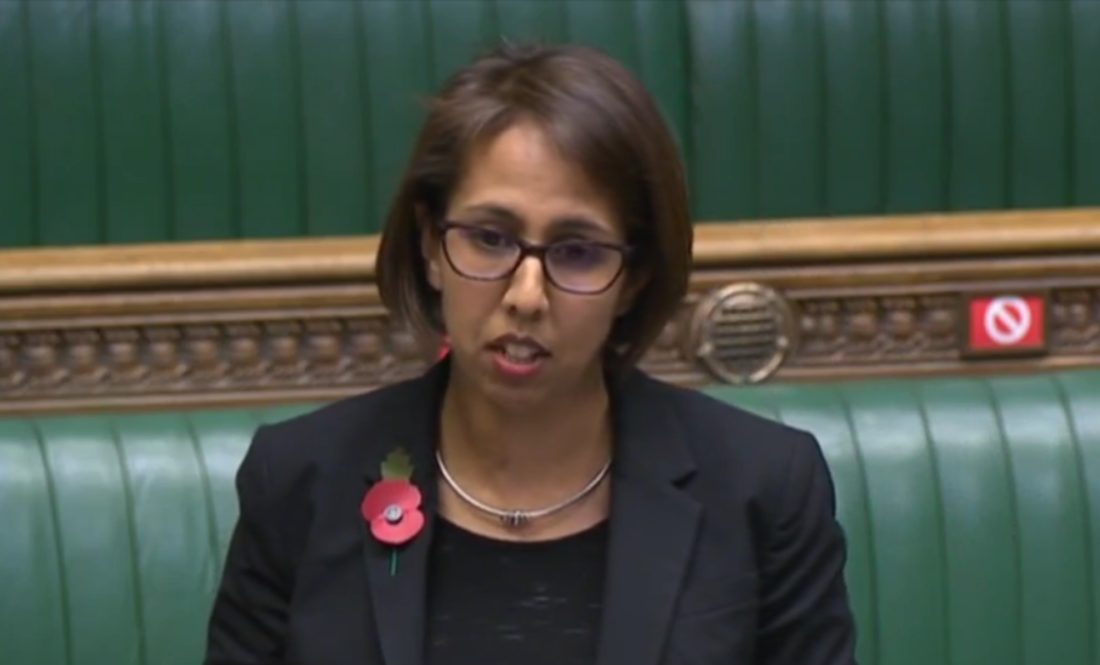 In response to England’s second lockdown that is starting from tomorrow, Munira said:

“Families across the UK have made huge sacrifices and have faced terrible hardships during this pandemic. I am deeply frustrated and horrified that we are in this position again where we are having to endure another lockdown.

At every stage of this pandemic, the Government has dithered, delayed and ignored expert advice. There was an opportunity for us to have a shorter lockdown some weeks ago but this chance was squandered. Had Boris Johnson decided to follow the scientists’ advice, this could have been far less damaging.

Until we have a vaccine, the only way to properly keep people safe is through a comprehensive strategy to test, trace and isolate every case of coronavirus to prevent new surges. The Conservatives have been far too slow to ramp up testing, their tracing plans are in disarray and we have heard nothing on what the Government will be doing to resolve the very low rates of self-isolation.

Sadly, the Government’s failures mean that a new lockdown is necessary. This is because the number of people being hospitalised and tragically dying from Covid is rising at an alarming rate. In the absence of any other feasible means to prevent the NHS from being overwhelmed, it is therefore with regret I had to support these measures in Parliament.

It is now absolutely critical that Ministers use the time now to get a grip on the broken test, trace and isolate system and ensure people have the practical and financial support to isolate if asked to. Failure to get this right could mean additional lockdowns in the future, further putting people’s livelihoods and wellbeing at stake.

As I have said repeatedly throughout the pandemic, the Government must also share the data, the evidence and the Government’s workings on why this lockdown was necessary. Transparency on the scale of the trade-offs that are being made in terms of physical and mental health, jobs lost and damage to the economy is essential for public trust and compliance with the Government’s actions.”

Munira spoke in the House of Commons on the vote for the regulations of a second lockdown.

The full text of Munira’s speech is as follows:

“I have been feeling quite emotional today, not just because of the news that is coming from the US, but because of the gravity of what we are being asked to debate and vote on.

Having been an MP for only 11 months, I never in my wildest dreams thought that I would be asked to make a decision such as this.

I am horrified by the upward trajectory in infection and hospitalisation rates, and the bleak projections that so many experts have presented to us.

I am horrified that we are being put in this position in the first place by a Government who have dithered and delayed when we might have had a second, shorter lockdown sooner, while schools were closed for half-term, to try to get the virus under control.

I am horrified that the warnings from the Academy of Medical Sciences that I put to the Secretary of State back in July about addressing the test and trace system were not acted on.

Alongside all the draconian and damaging measures that we are being asked to support—my Liberal Democrat colleagues and I feel we have absolutely no option but to vote them through—there is not a shred of evidence that the Government will use this lockdown wisely to address the deficiencies in the main weapon that we have until a vaccine comes along, which is to test, trace and isolate every case to keep people safe and to keep our economy going.

We hear a lot about testing, but nothing about boosting contact tracing rates by allowing local authorities to lead the tracing, as they have so effectively proved they can do, and nothing about properly supporting, practically and financially, those who need to self-isolate. Even the Prime Minister has finally acknowledged that the sub-20% isolation rates are a major problem.

Although I and other Opposition Members have made the case for such measures for some time, I am pleased that, finally, Conservative Members—not least the former Health Secretary and Chair of the Health Committee, the right hon. Member for South West Surrey (Jeremy Hunt)—are now also doing so. If the Secretary of State will not listen to me and other Opposition Members, will he please listen to the right hon. Gentleman, and, for the sake of our country—for people’s lives, their wellbeing and their jobs—listen and act wisely during the next four weeks?

There is no shame in changing course and learning from other countries.

My Liberal Democrat colleagues and I have said repeatedly since the start of the pandemic that sharing the data, the evidence and the Government’s workings is essential to public trust and compliance when such draconian measures are being put in place, so I wholeheartedly endorse the comments by the former Prime Minister, the right hon. Member for Maidenhead (Mrs May).

I urge the Government to publish the impact assessment and show us the scale of the trade-offs that are being made in terms of physical and mental health, jobs lost and damage to the economy. This is not an election campaign. Both sides of the argument must be shared openly, and the evidence shared transparently, so that Members and, most importantly, the public can look at the evidence and trust that we are collectively doing the right thing in the nation’s interests.

In the few seconds left available to me, I add my support to comments that have been made by Members on both sides of the House about looking again at the regulations surrounding collective acts of worship and publishing the evidence to show whether they are a source of infections and outbreaks; and looking again at non-contact sports, particularly for adults, but also as outdoor activities for children and young people. That is critical to people’s mental health and physical wellbeing.”