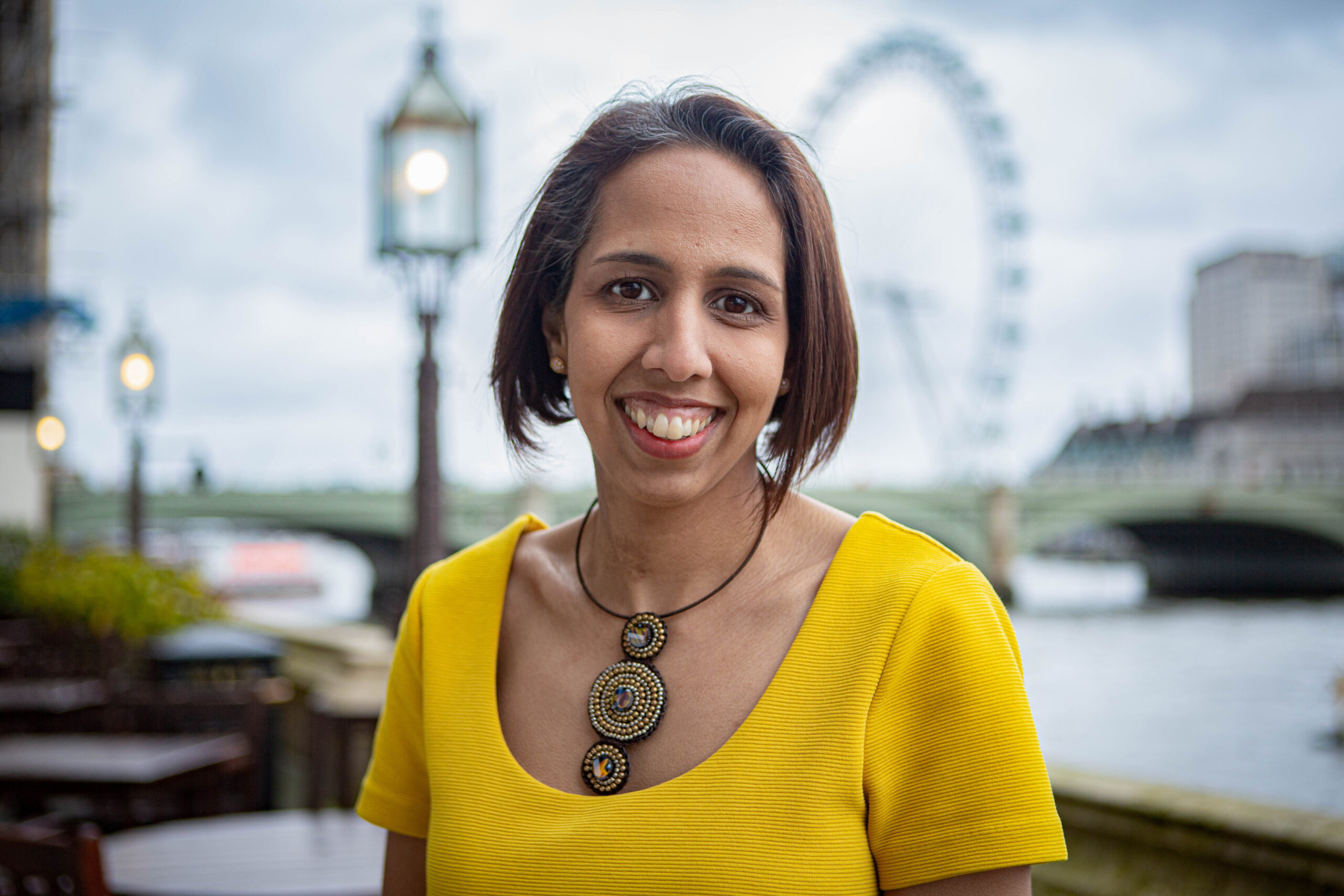 Last week I took my campaign to save our local train services to Parliament where I challenged both the South Western Railway Managing Director and the Transport Minister about the proposed plans to slash services to some of our local stations by up to half.

As many of you will be aware, South Western Railway (SWR) is running a consultation on these proposals until 19 September.  If you missed last week’s newsletter special on the SWR proposals, which would hit St Margarets and Whitton particularly hard, you can read the details here:

I questioned Claire Mann, SWR Managing Director, during her appearance in-front of the All-Party Parliamentary Group on SWR last week. This revealed that SWR were being forced to reduce service due to their contract with the Department for Transport.

On Thursday, I urged the Transport Minister to intervene by reviewing the contract between the Department for Transport and SWR, in order to stop the proposed cuts. There was some suggestion that the Government would consider rejecting proposals. However, the Minister also made clear that it would be dependent on the results of SWR’s consultation. Watch the exchange here:

Thank you to many of you who have sent me your feedback. I urge you to make your voice heard and respond to the consultation here and sign the local Lib Dem petition to save our trains here.

As well as formally responding to the consultation myself to reflect residents’ views, I will also be requesting a meeting with the Rail Minister to make the point that now is not the time to be making decisions about our rail service from December 2022 onwards. We need to be encouraging rail use – it’s absolutely critical to protect our environment and also to our local and wider economy.

In the week September 4th – 10th, there were 429 cases of coronavirus in Richmond upon Thames. The incidence rate in Richmond is 216.5/100,000, compared to a London-wide incidence of 221.2/100,000 and England-wide rate of 298.7/100,000. These figures show that case numbers are roughly flat in our borough and slightly up across London and across England as a whole compared with two weeks earlier.

Covid testing available to all

These tests are for people NOT experiencing symptoms. If you have any of the main Covid-19 symptoms you should arrange a PCR test here.

The walk-in clinic at Harlequins Stoop Stadium has closed. There is a walk-in clinic at Teddington Health and Social Care Centre which will be open from Tuesday 14th September until Saturday 18th September. Details of which vaccines are being offered and eligibility criteria are available here.

Anyone 16 or over is eligible for a vaccine can also book their jab either online or by calling 119.

Since the Joint Committee on Vaccination and Immunisation (JCVI) issued new advice that all 16-and 17-year-olds should receive the Pfizer vaccine, GPs around the borough have been inviting their younger patients in for their jabs.

Richmond Council is calling on private landlords and residents with second homes in Richmond upon Thames to come forward if they can offer housing for the Afghan refugee resettlement schemes.

The Council has joined the Government’s Afghan Relocations and Assistance Policy (ARAP) and the Afghan Citizens’ Resettlement Scheme, reconfirming its pledge to assist Afghan families. Committed to providing good quality housing for as many families as possible, the Council will ensure that those settling here are supported in accessing public services, including healthcare and education, and to integrate them into communities. If you are a landlord able to help, more information can be found here.

The Council is also giving guidance for residents who want to support the resettlement and the response to the crisis in Afghanistan. Currently, people are advised to give financial donations only, or to register with Richmond CVS to be contacted about volunteering opportunities here.

Space2grieve is a new charity that has launched providing free, confidential, personal support for adults, families, children and young people who live in the borough. The charity, which launched on 1st September, is locally founded run and managed, as well as being the only community-led bereavement service for local residents.

Expert volunteers provide a space for people to talk in one-to-one sessions in person either via phone or Zoom or at the ETNA Community Centre.

It was announced last week that the former Royal Military School of Music site, Kneller Hall in Whitton, has been sold to Dukes Education, the owners of Radnor House School. Radnor House plans to keep its current site in Twickenham for primary provision and the new site will be a secondary school. I will be meeting on site with Dukes Education next week to discuss their plans further and will keep residents updated.

I was honoured to be invited to the opening of Rebel Energy’s office in Teddington last week. This is the first ever for-profit energy company with a social mission. Founded by Teddington resident, Dan Bates, the company’s mission is to tackle fuel poverty whilst also promoting renewable energy and boosting biodiversity through its charitable arm Rebel Restoration. You can find out more about the company here: Rebel Energy – Home

I was thrilled to attend ETNA’s summer party to celebrate the fantastic transformation of this much-loved community hub in East Twickenham. So many local residents have worked hard with the trustees and staff to create the new sensory garden, kitchen and outdoor space which is a huge asset for the local area.

More information on the centre can be found here.

Last weekend, I went to the St Margarets Fair in Moormead Park where there was an excellent turnout. The weather was lovely, and it felt extra special to be able to see so many people after the pandemic restrictions have been lifted. There were many fantastic stalls, and it was great to meet so many of you.

MTV Hampton is a thriving youth project working with around 150 young people in Hampton area. It was wonderful to join them to celebrate their 10th anniversary and honour the dedicated volunteers as well as young and aspiring leaders. To find out more about MTV Youth Hampton visit their website https://wordpress.mtvhampton.org.uk/

Off The Record Summer Concert

I have been a keen supporter of the work of Off The Record, Twickenham, who provide emotional and mental wellbeing support to over 1,500 young people a year, and have continued to provide a vital service at a time when they are experiencing unprecedented levels of stress and anxiety. The summer concert featured many talented local young performers and raised money to support this vital work counselling local young people.

After requests for help tripled during the pandemic, Beat has launched a new support service to help South-West-London based carers, including those in Twickenham. It is called Nexus , a weekly telephone coaching service for carers, parents and siblings. A peer support group on Zoom called Solace, has also been launched.

The pandemic drastically impacted people suffering with an eating disorder and the families. Beat has been working with South London and Maudsley NHS Foundation trust to provide services. One to one guidance is offered to each family’s unique situation and GPs can also refer people straight to Beat.

Images of the new Riverside Development have been released by Richmond Council as part of the planning application following a consultation earlier this year.

The images and plans are available: here.

Standing up for you

I called on the Foreign Secretary, Dominic Raab to explain why it has taken so long to secure safe passage for British citizens out of Afghanistan into third countries.

Covid booster jab for the most vulnerable

I urged the Health Minister, once again, to prioritise all of the 3.7 million clinically vulnerable people in this country, not just the half a million most at risk, when the Covid booster jabs are available. The Government has let down clinically vulnerable throughout the pandemic with slow and inconsistent guidance. They must now get the focus and priority they need.

The exchange is available here.

The Prime Minister promised a plan to fix social care over two years ago. I questioned him in the House of Commons on why his social care proposals do not help anyone until October 2023. These plans are not fit for purpose and this tax on jobs will hit the low paid and younger workers the hardest.

The Prime Minister had no answer for my question about those people needing help with care now. If you would like to watch the clip, it is here.

Action on the closure of Teddington Police Station

It has been announced that Teddington Police Station will be closed and sold to the highest bidder.

I wrote to Sophie Linden, Deputy Mayor for Policing and Crime, to express my concerns about this and the impact the closure could have on local crime.

In the letter, I urged the Deputy Mayor to reconsider the decision and explain the reasons behind it including the lack of consultation with the local community. I also sought greater clarity about the proposed closure timeline. Read the full letter here: https://twitter.com/munirawilson/status/1436230489384357888

Sign my petition: Green Education for a Brighter Future

Climate change affects us all. This is especially true for the younger generations, who are inheriting a climate crisis. Sea ice is melting, permafrost defrosting, and global temperatures are rising. We must equip young people with the tools they need to combat and cope with the climate emergency.

Climate change is the most important issue young people face, and they should be taught what causes climate issues, how we can fight back, and how this will impact their lifestyle and livelihood in their futures. Yet there is no established educational pathway to inform children about climate issues, with the quality of climate education differing from school to school.

That is why I’m campaigning for climate education to be made an independent subject. Sign my petition here.