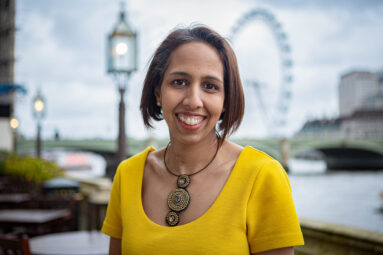 When I first heard that I had been successful in the ballot for the first time in two years to ask a highly coveted PMQ (Prime Minister’s Question) this past Wednesday, my initial plan had been to ask the Prime Minister to support the Kinship Care Bill I had introduced the day before.

That plan went out the window, of course, when the trickle of resignations in the Conservative party became a torrent. Instead, I used the opportunity to challenge Boris Johnson to heed advice he himself has given in the past, do the decent thing and resign. You can watch my PMQ here.

Though it’s a relief that Boris Johnson has finally agreed to go, he has done so without the slightest bit of contrition or grace. Meanwhile, the mass resignations have led to total chaos right across Government. While our children go hungry, people struggle to pay their bills, and companies dump sewage in our rivers, the country is focused on backroom politics instead of fixing these pressing issues.

The Prime Minister must not remain as caretaker Prime Minister. The Conservatives have lost all credibility by propping up the Prime Minister for so long. They must ensure he leaves Downing Street not in months, but in days. Only then can we restore trust in our political system and ensure the stability of our country.

My question to Boris Johnson in Prime Minister’s Questions was covered by national and local media. You can read coverage in The Guardian here, and an article in Twickenham Nub News here. My comments on Boris Johnson’s resignation were picked up in Teddington Nub News.

My Kinship Care Bill was also covered by the i paper (below) and Teddington Nub News.

In an Op-Ed in Politics.co.uk, I reiterated my call for free school meals to be extended to every family on Universal Credit. More than one in three children living in poverty – that’s 800,000+ pupils across the UK – are ineligible for free school meals because the criteria are too strict.

The Independent covered my written question in Parliament asking the Government about its decision to give tax breaks for fossil fuels. I believe this is unacceptable – particularly coming just months after the UK hosted the COP26 summit, where nearly 200 countries pledged to phase out fossil fuels. My Liberal Democrat colleagues and I would cancel these tax breaks and work to expand renewable energy. Read more here (please note you must register to read the article).

I had great fun joining in the 150th anniversary celebrations for Teddington Hockey Club – the oldest in the world and where hockey was born! Olympians and other hockey champions donned full 1870s period attire for a special match, and I planted a commemorative tree with Club President Gavin Cookman and Captain Clare Freer. Photos courtesy of Mark Shepherd.

In other anniversaries, a festive feeling was in the air as I joined the celebrations to mark 100 years of Hampton Pool – a local treasure run by the community for the community. It was great to hear about the plans to improve the facilities, too!

I spent a glorious afternoon at the St Margarets Summer Fair – always a summer highlight for me. It was lovely to see so many friendly faces at this huge, vibrant community event. I stopped by as many stalls as I could to chat with community groups, businesses and charities, though sadly I ran out of time to speak with them all. I’m already looking forward to next year!

Talking about the climate crisis with pupils at Twickenham School

I came away feeling so inspired after my recent Climate Surgery with Year 7 and 8 pupils from Twickenham School, held as part of the annual Schools Climate Summit organised by GLOBE. The pupils asked me great questions about what more the Government could be doing on recycling, renewable energy and schools’ carbon footprints – questions that I’ll keep raising in Parliament. The pupils also came up with fantastic ideas for what they as individuals, and as a school, could do.

Learning about genocide at Hampton School

Pupils at Hampton School walked me through a moving exhibition they put together commemorating survivors of the Holocaust and other genocides all over the world. Their group, Genocide80Twenty, is made up of student volunteers who work to research and raise awareness of genocide, speak with experts and meet with remarkable survivors. The teacher guiding them, local resident Andy Lawrence, was recently awarded an MBE for his work on the Holocaust and other genocides.

It was an honour to speak at two graduation events in the community recently. At Richmond upon Thames School, I spoke at the ceremony for Year 11 students – the first cohort to graduate from RTS, which opened in 2017. I also spoke to graduates of the Hawk Training Apprenticeship programme in Twickenham. I wish all of them the best for the exciting next phase!

I popped into Tesco’s Teddington Superstore to join volunteers as part of their partnership with FareShare. At the end of every day, Tesco stores donate surplus food to charities and communities, and shoppers can donate food items when they visit. It’s a great initiative to ensure that good food doesn’t go to waste – and that it goes to those in the community who need it most.

I am completely in awe of Gill Timmis, a mum of three and grandmother of seven from Twickenham, who has raised almost £1m for Become, the charity for children in care and young care leavers. Gill has been raising money for the past two decades, and her charity bike ride (Biking for Children in Care) raised £35k this year. Gill was awarded an MBE for her fundraising efforts for children in the UK and abroad, and I am personally grateful to her for her work, as supporting children in care is a particular priority of mine. You can donate to Gill’s fundraiser here.

It was a pleasure to meet Leanne and Tim from Twickenham’s HSBC branch to talk about their participation in the Safe Spaces initiative, launched by the charity Hestia, for victims of domestic abuse. Now, anyone in the community experiencing domestic abuse can walk into their local HSBC branch to find a safe, private area where they can be connected to specialist support and advice. Learn more here.

Every day in this country, there is a relative or friend who steps up to look after a child whose parents can’t look after them. Yet compared to foster carers, these kinship carers get astonishingly little financial or practical help.

On Wednesday I had the opportunity to ask Boris Johnson a question in PMQs. I reminded him of comments he himself once made: “It is a wonderful and necessary fact of political biology that we never know when our time is up. Long after it is obvious to everyone that we are goners, we continue to believe in our ‘duty’ to hang on to the perks and privileges of our posts. In reality, we are just terrified of the come-down.”

In my question, I urged him to get over his “terror” and asked if he would admit that his time is up. I’m pleased to say it now is.

On Wednesday, the same day I asked my PMQ to Boris Johnson, I told the newly appointed Secretary of State for Education that if she only did one thing in her first few days, it should be to fix Free School Meals. Well, her first days were also her last, as she resigned 48 hours into the job. Meanwhile, our children go hungry at school. I’ll make the same call to James Cleverly, the third Secretary of State for Education in as many days.

I also pointed out that Year 11 students just finishing their GCSEs will have seen FIVE Education Secretaries in their time at secondary school alone. The post should be a coveted brief, not just a notch on a Minister’s ladder of personal ambition.

The Metropolitan Police Service being placed into “special measures” is long overdue. When only 49% of Londoners say they have confidence in the force, things have to change. I called on Ministers and the Mayor to stop shifting blame and point scoring, and focus on working together cross-party to appoint a new Met Commissioner who can restore trust across the capital.

I was thrilled to welcome our newest Liberal Democrat MP, Richard Foord, into Parliament, following the historic by-election in Tiverton and Honiton. Richard gave his maiden speech on Wednesday in the midst of an eventful day in Parliament!

I was delighted to join Greene King for the launch of their Untapping Potential report on their apprenticeship scheme. 15,000 young people have taken part so far, gaining the skills, experience and confidence to kickstart their careers in hospitality. I also met Hampton resident Kat, who has now risen to role of supervisor at St Margarets Tavern through the scheme.

The UEFA Women’s Euro 2022 has kicked off, and I for one am very excited (and looking forward to taking my daughter to one of the matches at Brentford)! I was lucky to attend an event in Parliament where England midfielder Fara Williams MBE talked about inspiring the next generation of fans and players. To add an extra layer of local excitement, Teddington’s Lensbury Club has been serving as the England team’s summer base.

It was wonderful to attend the first National Parliamentary Prayer Breakfast I’ve been able to join in person since my election (due to Covid). Over 700 politicians and church leaders came together, and it was great to catch up with Rt Rev Graham Tomlin, the Bishop of Kensington and a Twickenham resident.