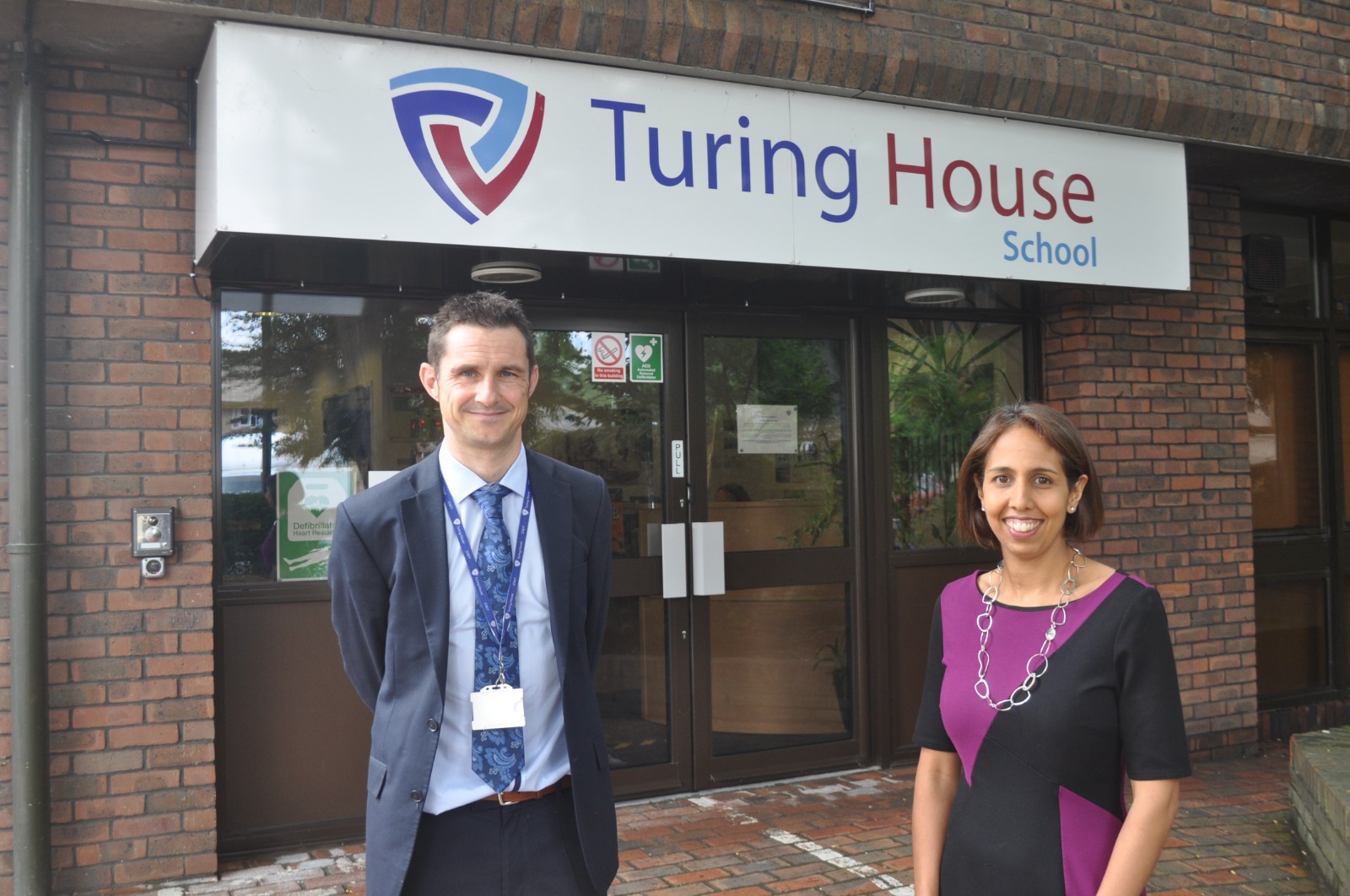 Munira recently paid a visit to Turing House School at its Teddington campus, meeting with Headteacher Martin O’Sullivan as well as several students.

The school first opened in 2015 and has been extremely successful. It’s currently located across two temporary sites in Teddington and Hampton, though this placement is temporary. Turing House will be moving to its permanent home in Whitton in February 2022, and both the students and staff alike are very much looking forward to the move. In relation to the school’s success, Munira said:

“Turing House School has come a long way since it first opened. They have achieved academic excellence, and a thriving school community. The pupils I met were amazingly well informed about national and international events.”

During her visit, Munira spoke to Year 10 politics students, currently studying to complete their AS Level a year early. The students had a fascinating debate with Munira on a wide range of issues, including the Black Lives Matter movement, the environment and mental health support.

When asked about improving women’s safety, Munira said the following:

“Although Richmond is one of the safest boroughs in London, there is always more we can do. The tragic murder of Sarah Everard highlighted the dangers faced by women. One of the ways in which we can tackle the issue is through education. Not only do we need to teach young girls personal safety tips, but we also need to educate young boys on these types of issues and what they can do to help matters.”

The debate later turned to LGBTQ+ related issues when one student raised the problem of bullying on the basis of sexuality. Munira was then asked how she would support LGBTQ+ students, and whether the government should be doing more on this particular issue.

“I have long supported greater funding for projects that tackle bullying of LGBTQ+ students in England. Late last year it was reported that the government had pulled its funding for LGBTQ+ anti-bullying initiatives. The Liberal Democrats have always supported the LGBTQ+ community, and we will continue to press the government to do more.”