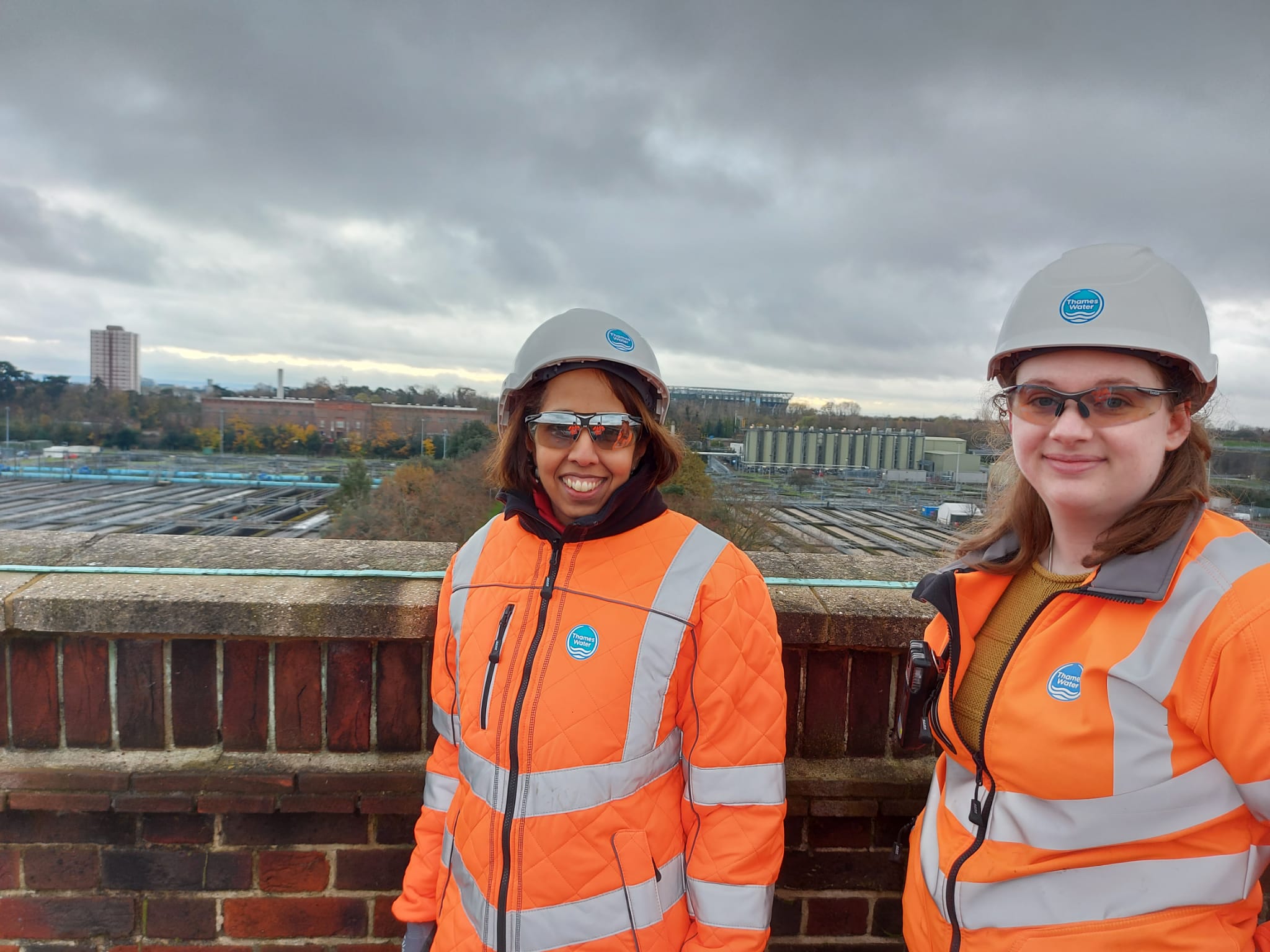 Munira recently voted against the Government’s Environment Bill because it did not put a legal duty on water companies to reduce sewage discharge into rivers. She was pleased that, after pressure from Liberal Democrats, the Bill was improved, however it still did not go far enough.

Munira wanted to see for herself the situation at our local water treatment works. The Thames Water facility at Mogden receives sewage from 2.17m people across West London. They treat 12,314 litres of sewage per second but need to invest £100m into the site over the next 3 years to support population growth.

Munira was given a tour of the facility and shown the storm tanks, which are used to store excess wastewater during periods of heavy rain. When the flow reduces, this sewage is then returned to the works for treatment. However, if the waterflow is too great the semi-treated sewage must be released into the River Thames to prevent it backing up into streets or homes. Thames Water record every incident of discharge into the river and more details can be found on their website: https://www.thameswater.co.uk/about-us/performance/mogden.

“I understand that in extreme weather situations it will be impossible to treat all of the incoming water, but discharge into the river should be an extremely rare occurrence and I urged Thames Water to do everything in their power to reduce the number and scale of these incidents.”

Another concern of local residents over the years has been the smell. Munira emphasised the negative impact these smells have on people’s lives. In response, she was shown the alerting system which monitors odours and was assured that Thames Water investigate whenever they receive a complaint.

The treatment works is also helping in the fight against climate change. Biogas produced by the waste is captured and burnt to generate electricity rather than simply being released into the atmosphere. This process has reduced the site’s external energy consumption by 50%.

Unfortunately, it is not only toilet paper that gets thrown down the loo. Several skip-loads of plastics that are flushed down the toilet are collected every day and disposed of. Items like sanitary products and wipes can lead to blockages and other problems. It is really important not to flush the wrong things down the loo!