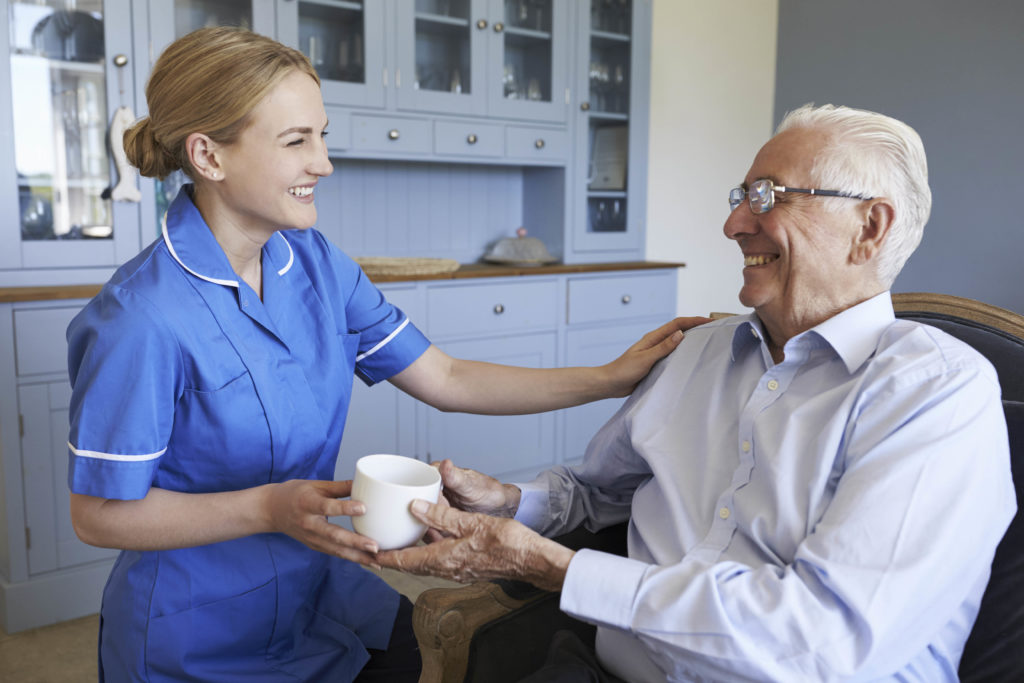 Munira spoke on how care workers are some of the lowest paid and most undervalued workers in our society and how forcing vaccinations might worsen current staff shortages. The care sector is overlooked and underfunded, with 1.6 million social care workers earning less than the living wage.

Munira concluded that mandatory vaccination should not be the response to the too late protection for care homes by the Government last year. Instead, the vaccine should be supported and encouraged and care staff should be paid and valued fairly.

“It is a pleasure to follow the right hon. Member for Forest of Dean (Mr Harper), and I pretty much agree with everything he had to say. I wish to preface my remarks on these regulations by making it abundantly clear that I and my Liberal Democrat colleagues unequivocally and strongly support vaccination, and would urge everybody who is eligible to be vaccinated. We know that vaccines are safe, effective, and save lives, and for those on the frontline—whether working in social care or in the NHS—vaccination is critical. If I had a loved one in a care home, of course I would want maximum protection for them, and therefore would want all staff to be vaccinated. The question we as legislators have to grapple with is whether coercion is the answer, and what might be the unintended consequences of mandating vaccination for some of the lowest paid and most undervalued workers in our society, and for a sector that is on its knees.

As we have heard, the care sector is facing chronic staff shortages, and making vaccines mandatory has a real potential to exacerbate those acute shortages. The Government must do much more to convince and persuade care workers to get vaccinated. As many experts have said and as we have heard already, coercion is usually ineffective or, worse, counterproductive, and risks eroding trust in the sector. Indeed, the care sector has a long history of being overlooked and underfunded. Some 1.6 million social care workers earn less than the living wage; a quarter of the workforce are on zero-hours contracts; and there is a lack of any progression or career prospects. There is a real concern that those who are vaccine-hesitant may simply leave the profession rather than get vaccinated, particularly as we know that there are serious shortages in other sectors—such as hospitality—that are offering more competitive pay.

With 1.5 million older people currently not getting the care they need, already overstretched staff will become even thinner on the ground. Care providers, many of whom are already in a fragile state as a result of the pandemic, could find themselves having to deal with the costs of tribunals and legal challenges as a result of individuals losing their jobs. What support and resource is being provided to the sector to implement this policy?

Coercion is not an effective way to overcome hesitancy. Compulsory vaccination is a blunt tool for a complex issue, and research has highlighted that pressuring care workers can have damaging effects leading to the erosion of trust, worsening concerns about the vaccine and hardened stances on refusing vaccination. Indeed, digging into the detail shows that the rate of uptake may not be as bad in some places as it initially seems. The data is somewhat encouraging in that there is a significant disparity in the percentage of staff who have taken their first jab and not their second. For instance, Wandsworth has the lowest uptake rate, with 70% of staff having had their first jab but only 53% having had their second. This could indicate that Government and NHS initiatives are bearing fruit, and that mandating vaccination could therefore be premature. Alternatively, it might suggest there is a problem with trying to get care workers back to have their second jabs. This all suggests a much more complex picture, for which this blunt tool is not the answer. As others have said, we risk going down a slippery slope to chip away at people’s rights and freedoms to make their own health choices. This decision sets a precedent and must not be taken lightly.

That leads me to my final point. In part, we have arrived at this situation precisely because the care sector has been overlooked for so long. It has long been a Cinderella service and a poor relation to the NHS, and yet again, we see that this legislation applies only to care home workers and not NHS staff, so it feels discriminatory to many in the care sector. I come back to where I started. I want to protect the most vulnerable, but I fear that these measures will do more harm than good and that we risk a mass exodus of staff from an already overburdened, overstretched and underfunded sector.

In March last year, when my Liberal Democrat colleagues in the other place and I were asking searching questions of Ministers about testing and PPE to protect care homes, there were no answers. The truth is that the tragedy we have seen unfold in our care homes throughout the pandemic resulted in thousands of excess deaths because the protective ring that Ministers talked about went in far too late. This legislation we are being asked to support is a reaction to Government inaction and failure to protect care homes, and they continue to drag their feet on reforming the sector properly. Coercion and an assault on fundamental rights and liberties should not be the response to this. We must encourage, empower and support people to make the right decision to get vaccinated, and we must pay and value our heroic care staff properly, rather than pointing the finger of blame at them.”

“The Liberal Democrats strongly support vaccination and urge everyone eligible, especially those working in care homes and with the vulnerable, to come forward and get their jab. But we do not believe it should not be made compulsory.

We are deeply concerned that the Government’s answer to low vaccination rates in some areas of the country is to use coercion and an assault on people’s fundamental rights and liberties. It could lead to a mass exodus of care home workers, leaving a sector already struggling with chronic staff shortages in an even worse position.

The Liberal Democrats believe the Government have not tried hard enough to encourage and persuade care home staff to get vaccinated and are resorting to a blunt measure that will not solve such a complex issue. We must pay and value our heroic care staff properly rather than point the finger of blame at them as the Government is doing.”