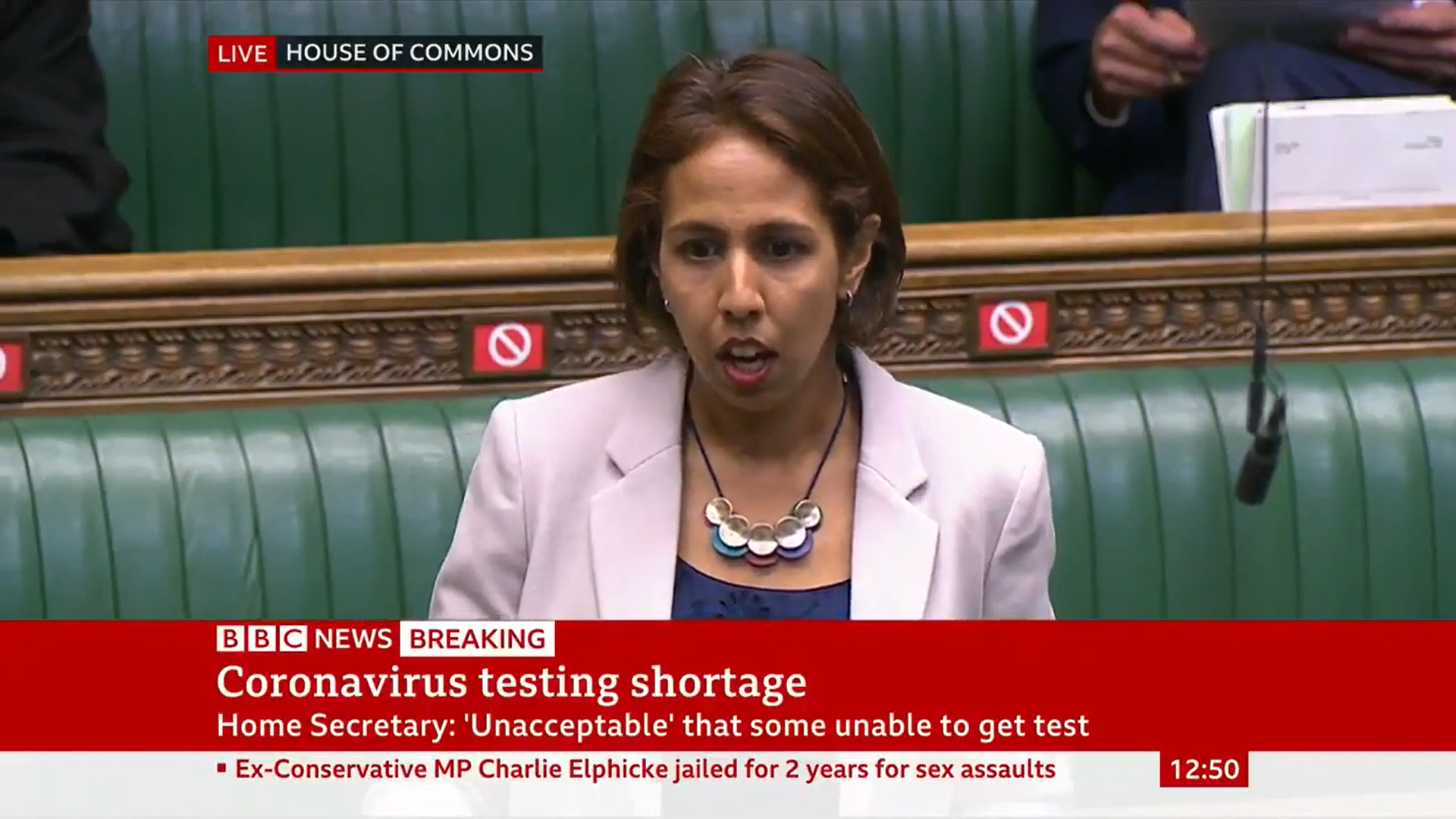 Today in Parliament, Munira pressed Matt Hancock to get a grip on the ongoing problems preventing local residents from accessing Covid-19 tests.

Some are being asked to travel as far as Newquay and Aberdeen to access testing. Others have found that they are only able to access the local Twickenham testing site by using a postcode from Scotland. Home testing kits have not been available for the last week.

Speaking in the House of Commons Munira said:

“I have been inundated with emails from doctors, teachers and parents unable to access the tests that they desperately need. Several of them have been advised that if they put an Aberdeen postcode into the system, they can get a test in Twickenham—and they have succeeded.

How on earth is a world-beating test and trace system functioning like this, and what is the Secretary of State doing to fix it? In the meantime, does he recommend that I tell constituents who desperately need a test to game the system in that way?”

“No; in fact, it is incumbent on us all to take a responsible approach and tell our constituents that tests are available in large numbers, that the average distance travelled is 5.8 miles and that people should take this seriously and not game the system.”

“We were promised a world-beating test and trace system but what we have at the moment is an utter shambles. It is unacceptable that local residents have been struggling to get tests for almost a week now.

“With kids back at school, there was always going to be additional pressure on testing capacity, but given the promises this government has made, few would have expected the system to buckle so quickly.

“We need to hear the practical steps Ministers are taking to fix testing right now, not just ambitions for the future. People are counting on the Government to get this sorted to keep people safe from a second wave of this dreadful virus.”

Munira raising this issue in Parliament on behalf of her constituents was picked up across the media, including on the BBC, The Guardian, The Independent, and The Sun.