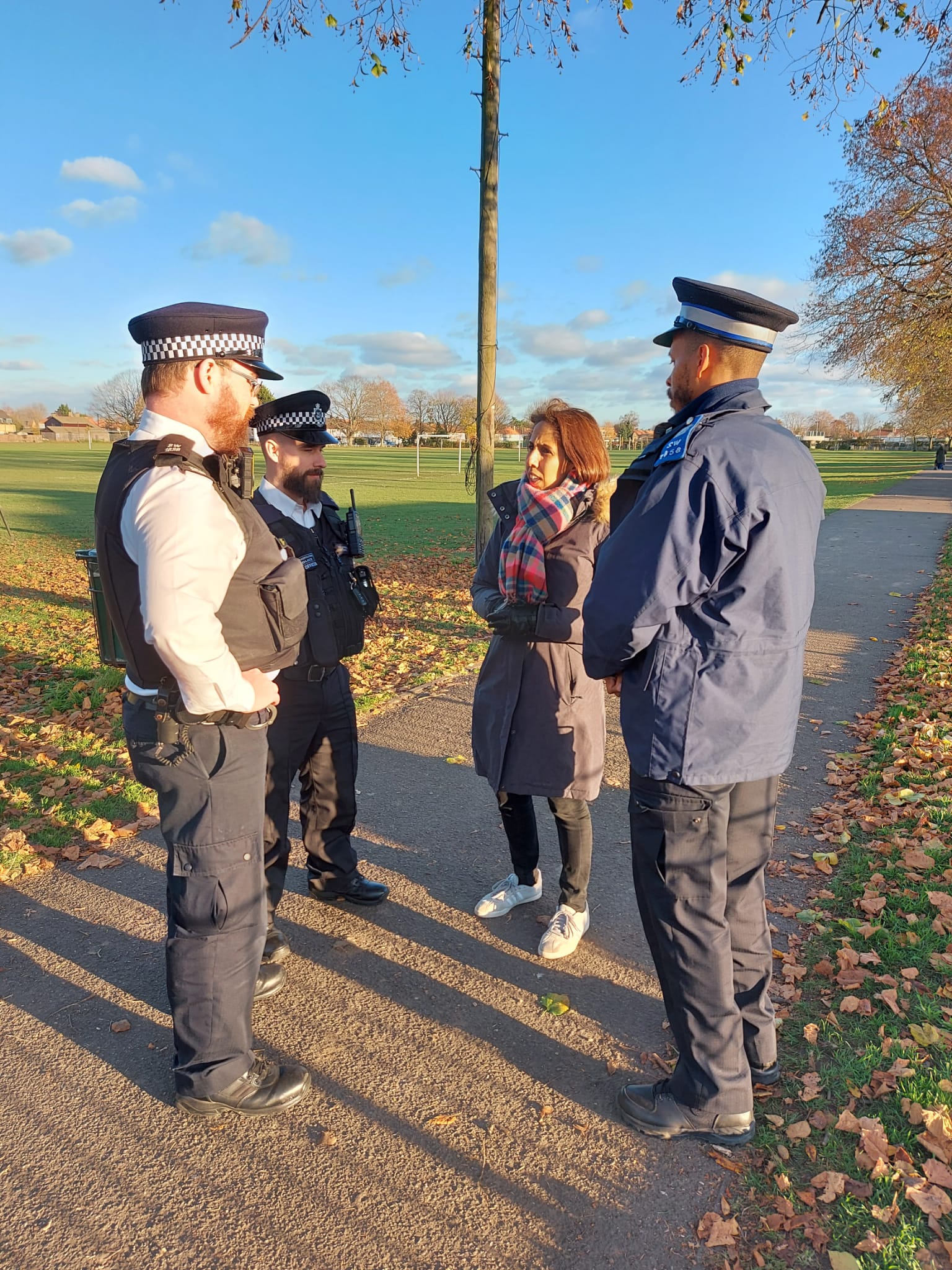 Munira recently hit the beat in Heathfield with the Safer Neighbourhood Team (SNT), to see how they engage with the local community.

Safer Neighbourhoods teams (SNTs) were introduced by the Metropolitan Police in 2004 with the aim of working more closely with local communities to identify and tackle issues of concern such as tackling anti-social behaviour, graffiti, disorder or other issues which impact people’s quality-of-life.

The officers met with volunteers from Food for Thought Heathfield, a local community group that rescue surplus food from supermarkets and distribute it to those in need. The group currently has a pop-up stall on Heathfield Rec and have experienced some problems with antisocial behaviour. The team also met staff members from Whitton Youth Zone who provide services to children and teenagers in the area.

Following the walk along, Munira said:

“Engagement with the local community is key to the Safer Neighbourhoods strategy, which is why I encourage all residents and community groups to engage with our local teams and work together to keep our streets safe.

“The Heathfield team really do know their patch well and are a visible presence on the streets, which I know reassures residents.

“One reason why I have fought against the closure of Teddington Police station is the impact it will have on the travel time of the SNTs in the area. Travelling from Twickenham station will mean the offices have less time on the beat, and less time to engage with residents and build those all-important relationships of trust.

“I will continue to pressure both the Home Office and Mayor of London to increase police numbers across our borough and reduce the practice whereby Twickenham offices are withdrawn from the local area and sent to other parts of London.”