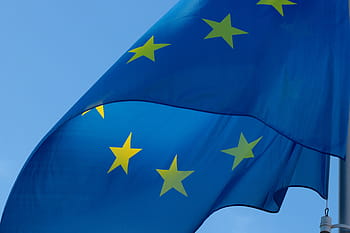 Munira today voted against Boris Johnson’s trade deal with the European Union, stating it was “bad for jobs, bad for businesses and bad for our environment”.

It is the only trade deal in history that puts up barriers to trade rather than takes them away. Crucially, it contains very little for our service sector which constitutes 80% of the UK economy. It leaves this key industry in limbo and subject to future negotiations.

Munira said the deal will lead to “more red tape, longer delays, and higher costs” that will ultimately “make people less well off”.

The Liberal Democrats are calling for a grace period to ease the pain for businesses, to protect them from a double-whammy of an ongoing global pandemic and a last minute trade deal.

Speaking following the votes in the Commons, Munira said:

“I carefully considered this deal and what it means for my constituents. I deliberated extensively how I should vote in the best interests of my constituency. I could not in good faith support Johnson’s threadbare deal that will ultimately make my constituents and the rest of the UK less well off.

To be clear, this will mean increased red tape, longer delays and higher costs, whilst leaving great uncertainty for many sectors on the path that lies ahead. We will not see many of these impacts overnight but they will be felt like a slow puncture on the UK economy, ultimately putting jobs at risk. On behalf of businesses in my constituency, and particularly the thousands of local residents who work in the service sector, it’s my job to stand up for them and challenge this Government and this thin deal.

The idea that somehow the UK has taken back control and regained sovereignty when the deal makes clear that divergence on standards and regulation could result in tariffs or significant parts of the deal collapsing, only creates long-term uncertainty for many businesses. In reality, the Government will struggle to gain any of the competitive advantage it has claimed it will gain.

Some have positioned this vote as a choice between a deal or a no deal crash out of the transition period, and that by voting against the deal, this means that I am supporting leaving the EU without a deal. I reject this characterisation completely. Nothing could not be further from the truth. The Liberal Democrats have repeatedly led the opposition to a no deal outcome – it would be utterly devastating for our economy.

Given the Government’s significant majority in Parliament, boosted by Labour votes, there was absolutely no threat of a no deal outcome today. I used my vote as a clear signal that this thin deal is not good enough for my constituents and for my country.

2020 has been a terrible year due to the pandemic. People have lost their jobs, they have tragically lost loved-ones and are feeling anxious about how the Government will get control of the coronavirus following the emergence of this new variant. The responsible thing to do once the country was plunged into a pandemic was to seek an extension to the transition period, focus on combatting the virus and secure a better deal.

We are all desperate to move forward, to see our country united again and to restore our economy. Boris Johnson’s deal will make that more difficult.”