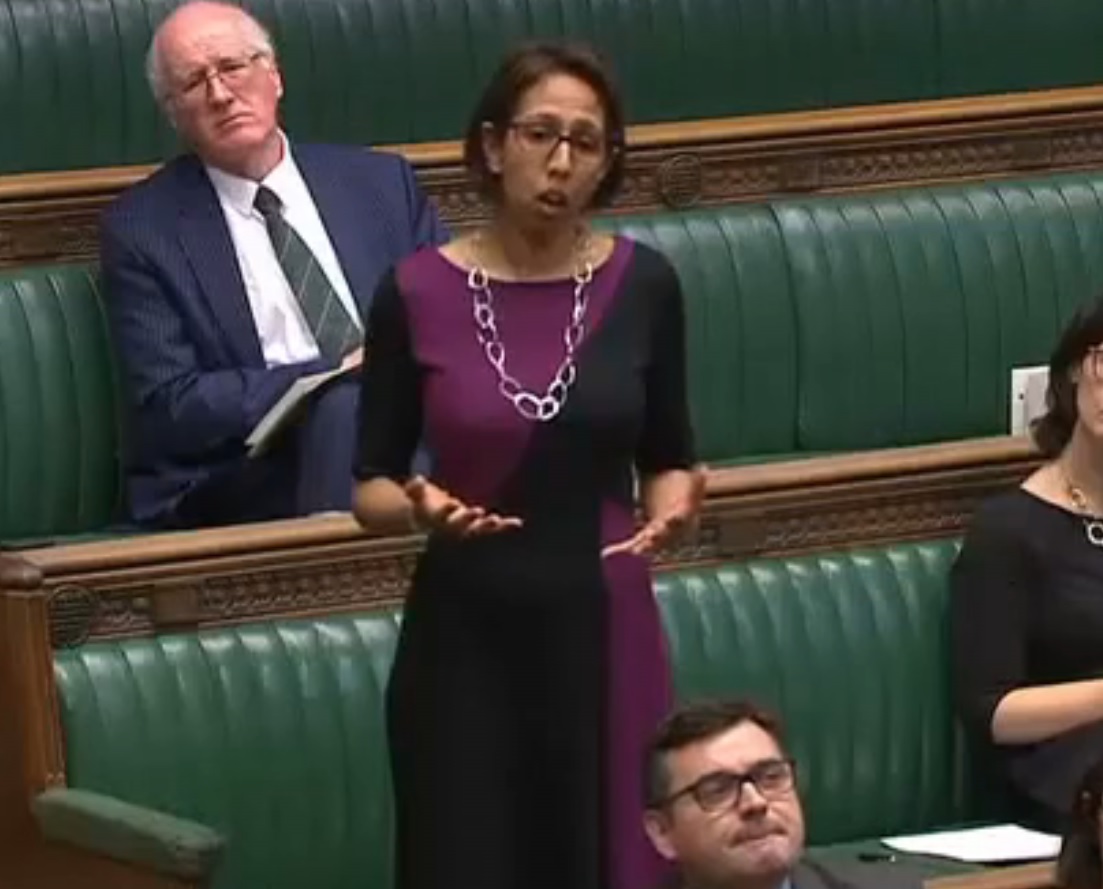 Munira criticised the Government for changing important advice by stealth and without consultation, causing confusion across West London. Today in the chamber of the House of Commons, Munira questioned vaccines minister Nadhim Zahawi about the Government’s updated advice on travel to and from the London Borough of Hounslow and how that applied to her constituents.

In the House of Commons, Munira questioned the vaccines minister Nadhim Zahawi:

“One of the areas of concern for which new restrictions have been published, but no advice has been communicated, is the London Borough of Hounslow, which shares a boundary with Whitton, Hampton, and St. Margarets in my constituency.

“Hundreds, if not thousands of people go back and forth every day for school, for work, to get food and other essential supplies, and for medical appointments.

“Hounslow is on the list of affected areas, and we are turbo charging the vaccination programme as well as surge testing and the sequencing and isolation, but people need to exercise that caution, that common sense, only travel if it is essential”

“Changing policy by stealth is completely irresponsible. Matt Hancock should have made clear the changes he was making to guidance in advance and communicated it to the public and local officials.

“Clarification on the new rules applying to Hounslow is now urgently needed, not only for residents but for those that would normally travel to the affected areas. Any key workers that travel from my constituency into Hounslow should be made eligible for vaccination. Surge vaccination for residents in Hounslow is key to slowing the spread of the virus but to slow it further it must be extended to anyone who works there too.

“I will continue to press the Government for clarity on the rules, and support for all those who work in, and travel to Hounslow on a regular basis”

Munira also wrote to Matt Hancock, Secretary of State for Health and Social Care, pressing him to issue clearer guidance for constituents on what they should and should not do. The letter is below:

I am writing to express my dismay at the lack of communication on changes to guidance relating to Covid-19 restrictions in the London Borough of Hounslow and the other seven areas affected by the so-called Indian variant.

It is unacceptable that the new advice against travel to and from the affected areas was issued four days ago without any official announcement or communication with the public and local authorities. Given that parts of my constituency such as Whitton, Hampton and St Margarets border the London Borough of Hounslow and many of my constituents work, attend school, shop and access essential services in the borough, it was absolutely critical that they received clear and timely guidance in advance of the changes, in order that they could act promptly to stop the spread of the virus and protect themselves.

Instead, the Government’s irresponsible actions to change policy by stealth has led to widespread confusion and has the potential to undermine efforts to curb the spread of the virus if people are unsure what rules to follow. Worse, actions such as these have the potential to erode public trust in the Government’s response to the pandemic, which is critical for people to comply with the restrictions necessary to get the virus under control.  Will you issue a statement immediately setting out exactly why the Government handled this change in advice so poorly and the actions you will take to ensure it does not happen again?

Importantly, urgent clarification is now needed on the exact advice for my constituents who cross the border into Hounslow in terms of what they should and should not do. The guidance as it stands is vague as to what constitutes “essential” travel into the area. For example, clarity is needed on whether my constituents should use buses and trains that travel through Hounslow into Richmond borough, whether they should attend medical appointments in Hounslow or use supermarkets over the borough boundary.

Given how inter-connected London and the two boroughs are, I am concerned that the variant could spread easily beyond Hounslow without further clear advice and additional measures. Many children and young people from Hounslow attend schools and colleges in my constituency. Will you consider including wards in the Twickenham constituency which share a boundary with Hounslow borough in its surge vaccination programme?

It is also critical that the many key workers such as school and retail staff, but also airport staff (given international travel is now increasing again), who live in my constituency and have no option but to travel into Hounslow every day, be offered vaccination as a priority.

I look forward to early clarification on advice and priority vaccination for my constituents.