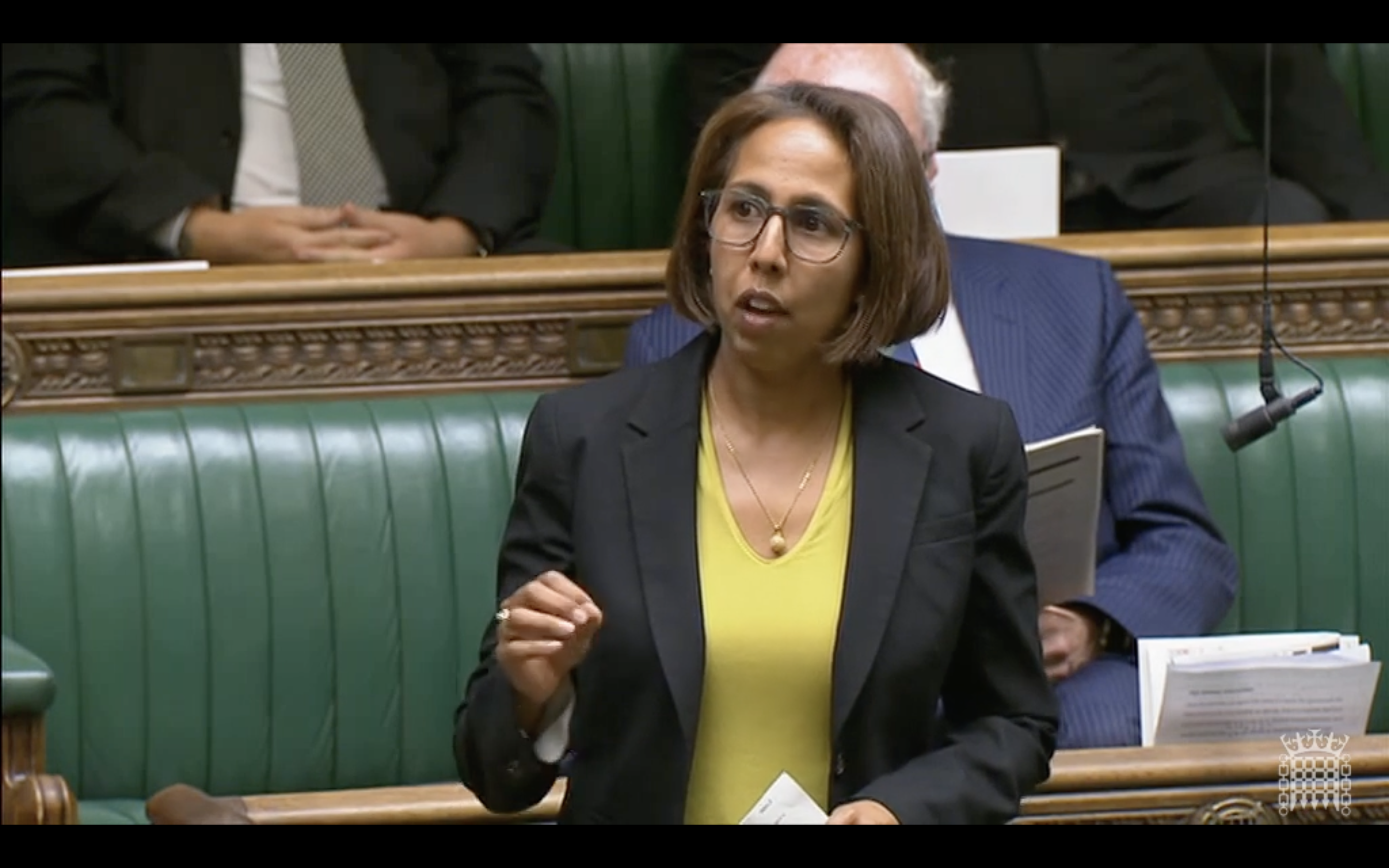 In the House of Commons this week, Munira asked the Vaccines Minister for a ‘cast-iron’ guarantee that schools will not close again this winter. A staggering 900 million days of school have been missed, it is estimated, since the beginning of the Covid-19 pandemic and children have suffered greatly as a result.

Munira welcomed the vaccination decision by the Government, whilst highlighting that this alone is not enough. Ventilation improvements, funding for air purifiers in classrooms and face coverings in some crowded places are also all crucial.

Therefore, Munira urged the Minister to press his Department for Education colleagues to provide the necessary funding needed to prevent future school closures and keep them safely open. The Minister was unable to confirm this.

Speaking in the Commons Munira asked:

“The Minister will be aware that some estimates suggest that a staggering 900 million days of face-to-face schooling have been lost since the start of the pandemic. In that context, I welcome the Government’s decision today, but children’s vaccination is only one part of the puzzle—so are improved ventilation, funding for air purifiers in classrooms and, in some crowded environments, continuing with face coverings. Given that two Department for Education Ministers are sitting on the Front Bench alongside him—the Minister for School Standards, the right hon. Member for Bognor Regis and Littlehampton (Nick Gibb) and the Under-Secretary of State for Education, the hon. Member for Chelmsford (Vicky Ford)—will he press his colleagues to provide that funding for schools so that they can remain open safely for as many children as possible? Will the Government give us a cast-iron guarantee that we will not see any school closures this winter?”

“I am grateful for the hon. Lady’s support for tonight’s decision. The Department for Education is rolling out, I think, 300,000 carbon dioxide monitors. It is very important that ventilation is very much part of what we do as we transition this virus from pandemic to endemic status.”

Munira gave the Health Secretary a further opportunity to guarantee that schools will remain open over the winter. Once again the Government provided no definitive response for the pupils and parents who have been so patient throughout the course of this pandemic.