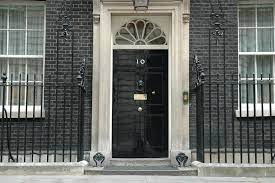 Following the publication of Sue Gray’s damning full report into breaches of COVID-19 regulations at No. 10 Downing Street, Munira has called on the Prime Minister, Boris Johnson, to resign.

The report pictures the Prime Minister and the Chancellor, Rishi Sunak, at Johnson’s birthday party along with other events. It directly criticises Boris Johnson, saying that  “the senior leadership at the centre, both political and official, must bear responsibility for this culture.”

Responding to the news, Munira said:

“Boris Johnson’s statement on the Sue Gray report was utterly shameless. Dozens of local people have contacted me to voice their hurt and anger since the first rumours of parties in No. 10 broke, and all the Prime Minister could offer them is a litany of excuses.

“Worst of all, the Prime Minister seems to think that Downing Street staff “working hard” is some kind of justification. I’m sure all of the keyworkers who kept our essential services going in Twickenham and beyond – from NHS staff to teachers, police officers to supermarket employees – will be outraged that their reward was following the rules to keep people safe, whilst officials in No. 10 partied.

“The Sue Gray report is an insult to people’s sacrifices during the pandemic. We have seen the pictures and heard the witness accounts. It’s clear they think they can take the British public for fools. It is time Boris Johnson did the decent thing and resigned.”