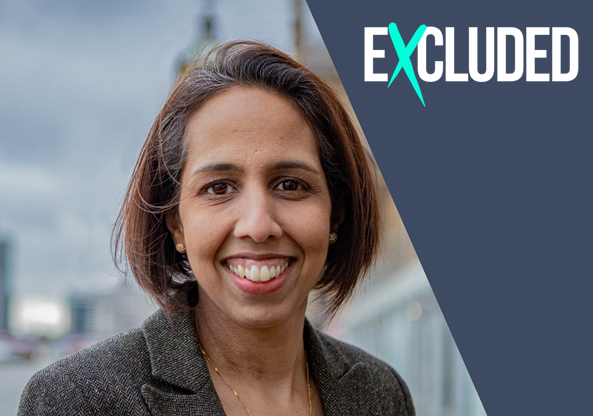 The Leader of the House, Jacob Rees-Mogg MP, has confirmed his earlier promise to facilitate a meeting between Munira and the Chancellor of the Exchequer to discuss those excluded from the Government’s financial support schemes.

In the letter, Rees-Mogg asks the Chancellor or one of the Treasury Ministers to meet with Munira, and members of the Gaps in Support All-Party Parliamentary Group if it is possible for him to do so.

“I am grateful to Jacob Rees-Mogg for keeping his word to facilitate a meeting between the Chancellor and representatives of excluded groups from Government support schemes.

The Chancellor must now agree to meet with them. Many are facing extreme financial distress as a result of being excluded through no fault of their own. Their voices deserve to be heard.”

“The weekly Business Questions provides a useful insight into the issues that are on members’ minds and I am writing regularly to departments to raise specific issues that I have been asked about. In this vein, during the session on Thursday 26 November, the following question was raised with relating to your department.

Yet again yesterday the Chancellor completely overlooked the 3 million people who have been left out of any financial support during the pandemic. The Leader of the House will be aware that the gaps in support all-party parliamentary group is one of the largest APPGs, with 262 MPs, yet the Chancellor has refused to answer many of our letters, to meet us or to engage with representatives of the groups that he has forgotten about. My request to the Leader of the House is very simple: will he ask his right hon. Friend the Chancellor of the Exchequer to meet representatives of the APPG and the groups that he has neglected?

I do not, again, accept that representation of what the Chancellor has done. The Government have provided £280 billion of support. There is support available in different forms for many people across the country, and every effort has been made to support the economy as widely as possible. However, I have always viewed it as my role as Leader of the House to try to facilitate meetings between Members and Ministers. I cannot promise a meeting with the Chancellor of the Exchequer, but I will do my best to try to facilitate a meeting with Ministers in due course for the hon. Lady.

I wish to draw this question to your attention for you to take note. I would also be grateful if you or ministers could meet Munira Wilson and other members of the Gaps in Support APPG, following the commitment I made in the Chamber to help facilitate a meeting if possible.

I am copying this letter to Munira Wilson and Jamie Stone, the Chairman of the Gaps in Support APPG.

With every good wish,